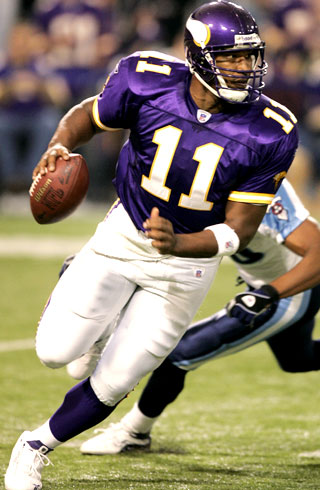 Daunte Culpepper was born January 28, 1977 and is a former quarterback. Prior to joining the UFL, Culpepper enjoyed a successful National Football League career after being drafted 11th overall in the 1999 NFL Draft by the Minnesota Vikings. He played college football at the University of Central Florida where he was a Heisman Trophy candidate his senior year.

A three-time Pro Bowl selection with the Minnesota Vikings, Culpepper had a historic 2004 season in which he set a single-season record, since broken, for the most total yardage produced by a quarterback in NFL history (5,123). However, Culpepper suffered a serious knee injury the following season that ended his Vikings career.

Since then, he played sparingly in the NFL for the Miami Dolphins, Oakland Raiders, and Detroit Lions. Culpepper ranks 14th all-time in NFL career passer rating (87.8) and holds the seventh best single-season passer rating from his 2004 season (110.9)…Read Daunte’s Full Biography

Book Daunte for a Corporate Appearance 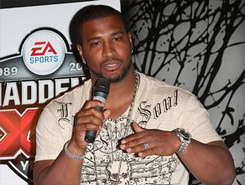 After his legendary days on the field in Minnesota, Daunte is now available for corporate appearances, motivational speaking engagements, VIP meet and greets, autograph signings, baseball camps, celebrity golf tournaments and product endorsements. Hire Daunte to meet and mingle with your best customers, clients and employees.

Outside of football, Culpepper has worked with the African American Adoption Agency. He hosts an annual Daunte Culpepper AAAA Celebrity Golf Tournament fundraiser, and has also served as a keynote speaker at the United Way Reason To Be Thankful celebration.

Daunte’s latest project is his new restaurant “Culpeppers” located on University Blvd, only a mile from the UCF campus.